Challenges For The Airline Industry 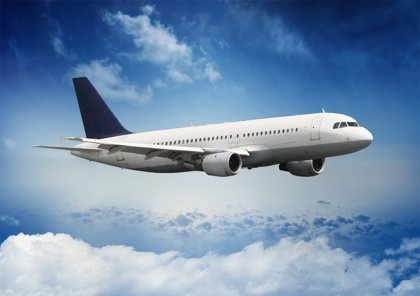 Energy is definitely the center of human life – without it there would be no modern life. Ever since the 19th century, the role of fossil fuels has expanded with every passing year. Much has been made out about the negative impacts on the climate and the resultant effects on health, but the fact remains that it is still impossible to imagine a world without fossil fuels and the energy that they have to offer. The airline industry offers the perfect example of a sector that is almost entirely dependent on fossil fuels and its availability. In fact, about 30% of the costs of the industry goes towards kerosene. This article tries to offer insights into the biggest challenges faced by the airlines today.

Any change in the GDP is often reflected in airline usage and the fuel also costs almost 50% more in just 5 years. According to Antonio Vázquez, the chairman of IAG and Iberia, competitiveness is one of the most important problems being faced by the airline industry in Europe. Vazquez mentions that this makes alliances vital for the growth and development of airlines – whether with high-speed rail links or with other airlines. He states Iberia’s merger with BA as an example where both airlines have managed to gain immense benefits from the merger despite the fact that they haven’t integrated operations.

Fuel price remains to be the biggest concern faced by the airline industry in the modern world. The high costs have led to many airlines imposing fuel surcharges on customers. Industry analysts estimate that with the ever-increasing fuel prices, most airlines are feeling an effect on their bottom lines. An analyst working for the Walter Capital Management states that there is an obvious connection between airline stock and crude oil prices. Singapore Airlines has already termed the cost of fuel as its main challenge. Although it airline doesn’t face the challenges faced by the airlines that are privately owned, it still finds it very difficult to tackle fuel prices. Non-government owned airlines like JetBlue and British Airways have many other issues to tackle as well, but fuel costs remain high on their list. Matters simply become worse when economies suffer from economic recessions. In fact, the airline industry suffered an all-time low during economic recessions in the year 2010.

A number of airlines like the TWA have already gone out of business because of issues like overcapacity. Most major airlines in the industry still struggle to get a grip on the constant changes, and many carriers have been seen to be slow to adapt to the changing economic environment. As a result of overcapacity, airlines have had to suffer from rock bottom fares, something that might delight flyers, but not the airlines. These fares directly lead to a major revenue problem, which is already suffering from high fuel costs.

A number of airlines in Europe have suffered because of issues like pilot walkouts. Just recently, both Air France and KLM were hit by a 14-day pilot strike which hit the earnings by almost 500 million euros. Even Lufthansa has complained of suffering from the pain caused by pilot walkouts, with issues like these outweighing the benefits that lower oil prices had to offer in recent times.

The Emergence of Low-Cost Carriers

The problems faced by many of the larger operators have benefited low-cost carriers operating in the region tremendously. At a time when Air France employees were on strike, low-cost carriers like EasyJet managed to increase their pretax profit guidance. Europe’s largest low-cost carrier, Ryanair, has also managed to show strength when its full-service competitors suffered from strikes.

Receive our latest posts regarding the travel industry in your mailbox by subscribing to our newsletter here.